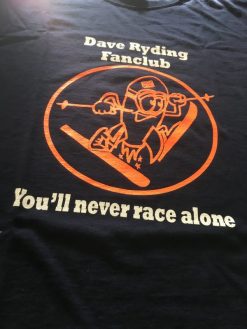 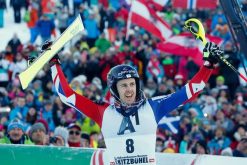 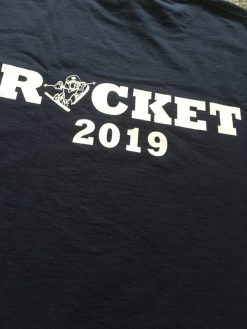 SKU: DRTSHIRT2019 Category: Official Dave Ryding Fan Club Merchandise
Want this item by Wednesday? Order in the next 15 hours 52 mins on the Next Day Guaranteed service.

All proceeds go to the Dave Ryding Fanclub which he will look to grow in the near future. After a fantastic record breaking 2016/17 season, including 5 top 10 WC finishes and finishing 2nd in Kitzbuhel, Dave is looking to build on a promising 2017/18 season and further his achievements from the last two seasons.

Help The Rocket fire his new season into Orbit!

There are no reviews yet.

Only logged in customers who have purchased this product may leave a review. 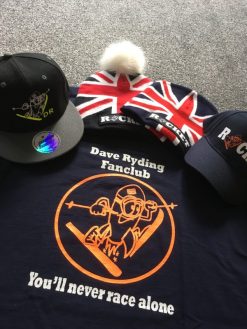 Find out more or adjust your settings.

This website uses cookies so that we can provide you with the best user experience possible. Cookie information is stored in your browser and performs functions such as recognising you when you return to our website and helping our team to understand which sections of the website you find most interesting and useful.

Strictly Necessary Cookie are enabled at all times so that we can save your preferences for cookie settings.

If you disable this cookie, we will not be able to save your preferences. This means that every time you visit this website you will need to enable or disable cookies again.

This website uses Google Analytics to collect anonymous information such as the number of visitors to the site, and the most popular pages.

Please enable Strictly Necessary Cookies first so that we can save your preferences!